I grew up in Richmond, Virginia and went to VCU. Tom Robbins grew up in Virginia, south of Richmond and went to VCU. One of us is an iconic American author, one of us is me. I get wind that he is visiting VCU for a book signing. He has created some of the most memorable and eccentric characters in recent literature, and I’m a sucker for a great character.

What if I could photograph the character behind these characters? I jumped on the chance and went to work on getting a few moments of his time.

A few connections, a little luck, someway, somehow it worked out.

Our visit was short – but Tom was an enthusiastic subject and was more than happy to try a few things out. I stayed on task, not wanting to burn his time and also very careful to not get into a verbal ping-pong match, which I would be sure to lose. Tom Robbins is one of a kind, sincerely nice and generous, and whiplash quick and verbally creative, even in our brief one-on-one interaction.

I wanted to shoot film for some reason, it just seemed right. Though we didn’t have one of those modern monitors to review the images, looking later he seemed to really like the image and he pushed to use it on the book jacket of “Wild Ducks Flying Backwards.”

Flash forward a year or so and I was on a project in Washington state, I called Tom and stopped by for a quick visit – good things happen when you operate fueled by “why not?” I was traveling with a friend, but I didn’t tell him whom we were visiting. Tom was a gracious host, and as we visited, he casually mentioned something about being a writer to my friend. The friend politely asked what type of books he wrote – still oblivious as to whom he was talking to. Tom said, ” I write funny stories about serious things, sort of like Tom Robbins.“ 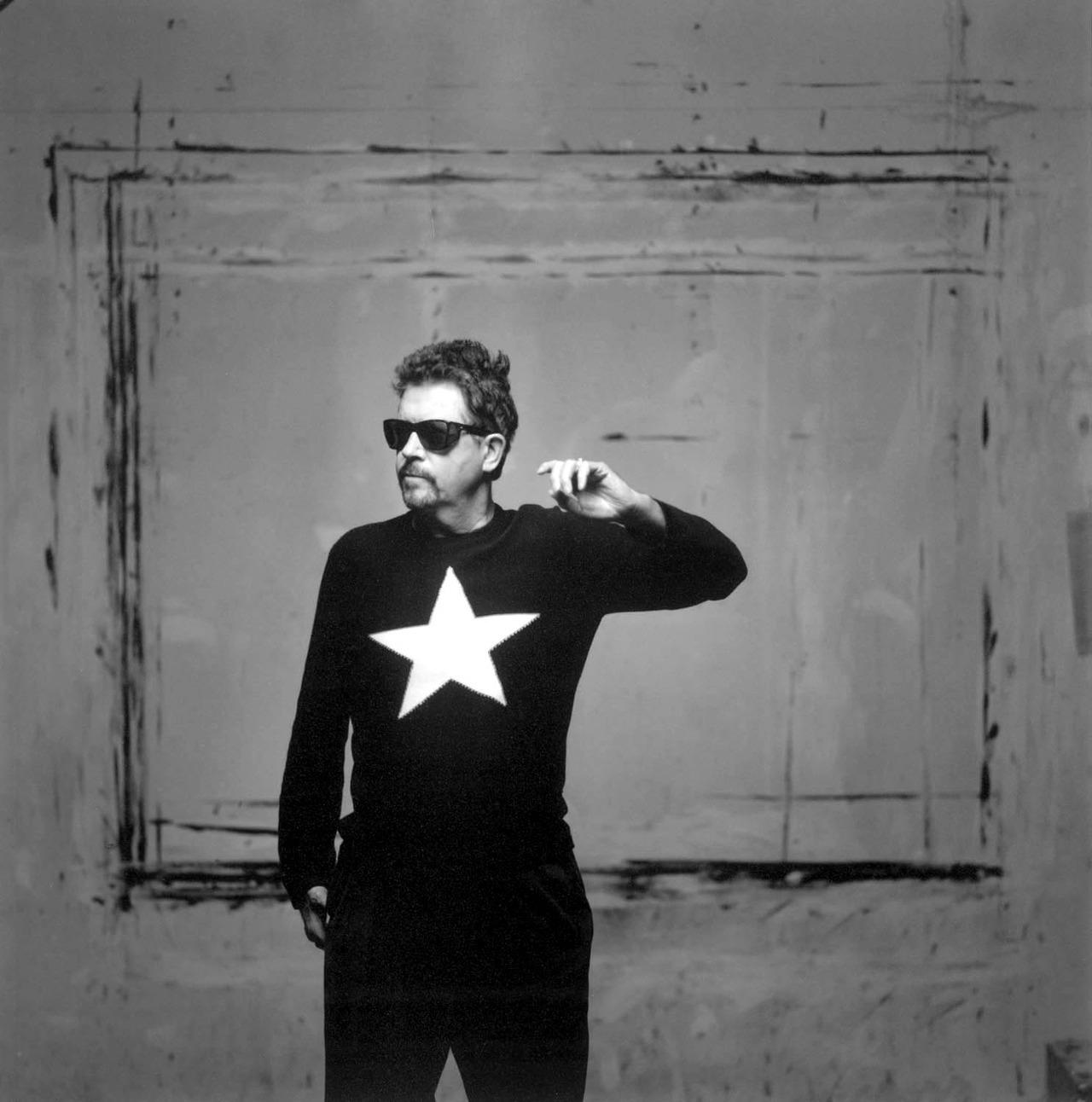 Maybe my friend should pay attention to those photographs on book jackets.

Addendum: In addition to the Wild Ducks Flying Backward jacket, this impromptu portrait session produced an image that will now be featured on the cover of the German edition of Tibetan Peach Pie, (Tibetischer Pfirsichstrudel – rolls off the tongue) It’s no small honor and I’m grateful all over to have had the chance to meet and photograph that Tom Robbins