The Evolution of Over War

3-days, 50-Portraits, A Collective Voice. The Evolution of Over War

The Beginning. Being Understood.

There are people who understand you well enough to challenge you, but in that if-you’re-not-pushing-boundaries-you’re-not-doing-it-right kind of way, people you ultimately trust to have your back and your best interests at heart. Kate Chase, my friend, former rep and now producer, is one of those people. She’s the engine on this project – and while there were more than a few times that I was called to step outside of my comfort zone (I might devote a separate story to this), I’m really glad I answered.

Kate’s beloved uncle “Moose” was an Air Force pilot who had served in Vietnam, and flew the F-105, as a Thunderchief. She had heard from her mom that he would be attending a military reunion in San Antonio with other Thunderchiefs and she believed that I, as a photographer who chases characters and follows faces, should get myself there.

Moving On the Wind.

And I was off to San Antonio. I have always been up for adventure with my camera in tow, if there’s a whiff of a kernel of a spark of an idea for an interesting photograph, I’ll follow it on the wind. I packed up and showed up with a key crew. Texas was hot, the hotel nondescript. But what awaited us inside was a rich chapter of American history that I believe is unknown to most. These retired pilots are an often-overlooked part of the Vietnam War – itself by the year further relegated in our national narrative.

I stood with my camera among these pilots who have not forgotten any detail of how and why they are connected. 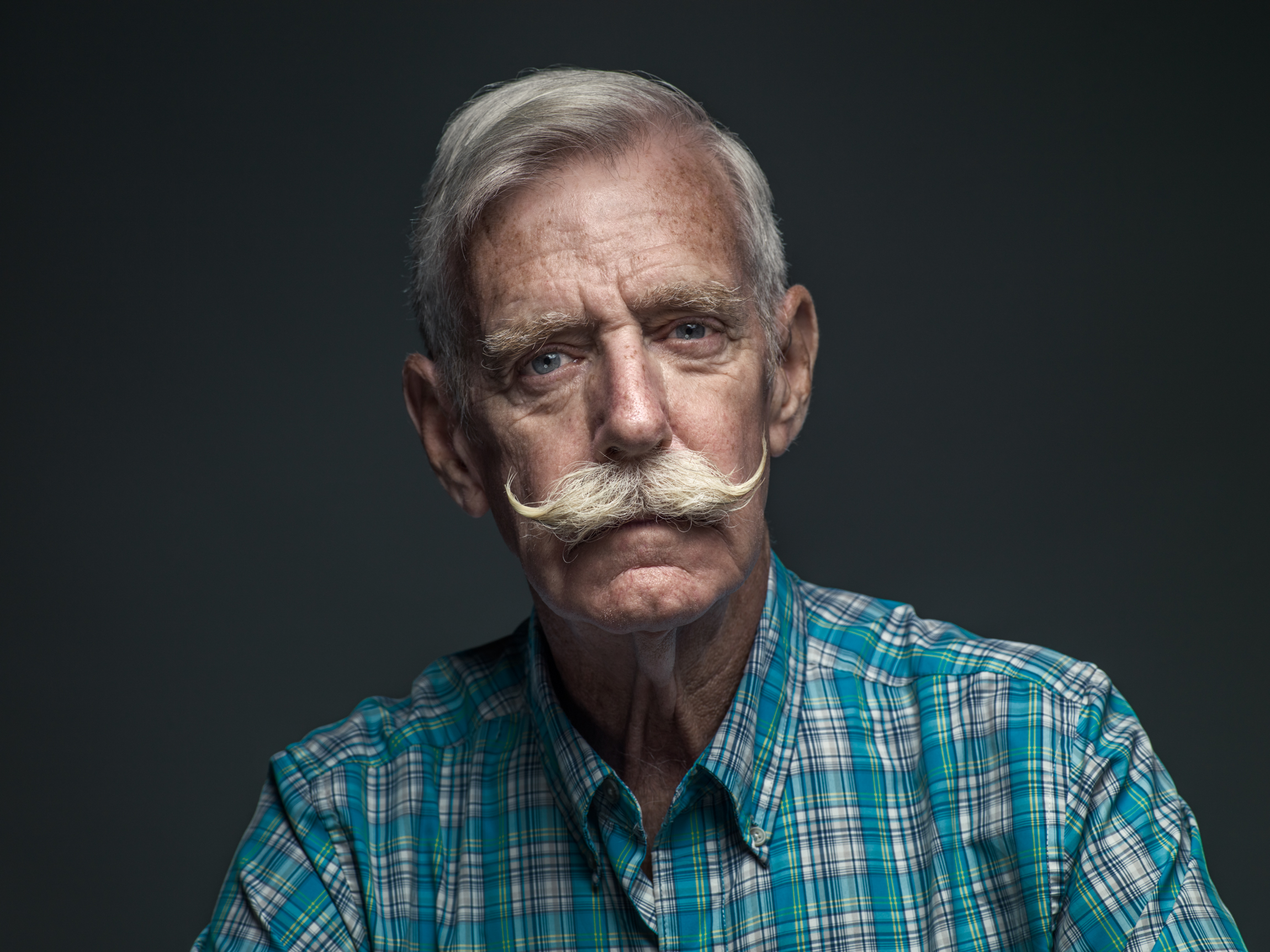 Fly on the Wall

The beginnings of the portrait-making. Setting up, observing, I never know what I’m going to encounter in my personal portrait projects, how a day will go. It’s the beauty of the unknown.

With the Thunderchiefs, I felt like a reverent fly on the wall as they warmed up, and fell easily into their friendships forged in the most difficult of circumstances.

I like to go to the source for these group portrait projects, embed myself in the space and community they share. I’ve used the technique before, creating a studio of sorts in the very middle of the space inhabited by the group I’d like to photograph. Here we set up in a rented conference room and pulled each pilot aside during breaks in their conversations. They didn’t say much when they stepped away from their fellow pilots, they didn’t need to it was there on their faces, the brotherhood, support, joy, pain, pride and life shared.

As they talked to each other and then later through interviews, I heard the things said echoed in what I saw through my lens. 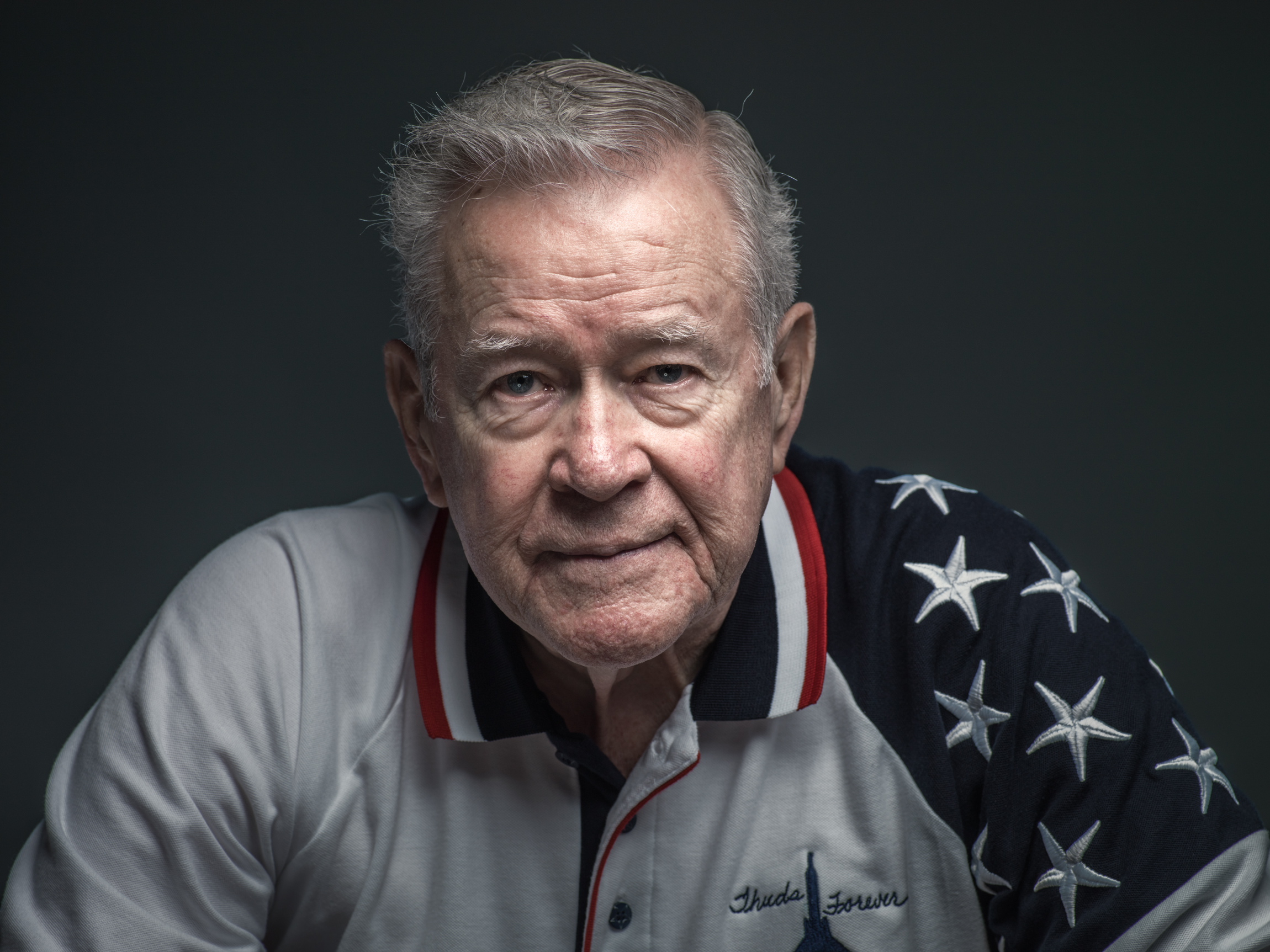 The prevailing stories and images from this controversial war, are almost exclusively those of the grueling ground war, while these airmen remained mostly stoic and silent about their experiences. The exception, I discovered, takes place at these reunions where these men with similar experiences could enjoy the precious, and blood-earned, crucible of comradeship with fellow warriors.

Upon seeing the final product and her husband’s portrait, Jan Lockhart shared these heartfelt thoughts with us:

“To say I was moved by it is a gross understatement.  As I scrolled down the piece, I saw many of our old and dear friends, and was so moved by the comparisons and the memories of the brave young pilots they were to the old warriors we see today.  When I scrolled to the picture of my husband, I just burst into tears. His portrait, as so many of the others, looked through his eyes and into his soul…to the thrills and the tears, to the joy and the heartbreak of those days flying that wonderful machine in the most difficult air war ever waged.

These reunions are special in ways few people even realize.  I have been going for a long time, and one of the things I have observed is that no one…not wives, nor children, nor parents, nor friends…truly can understand what those guys faced in combat during that war. They alone can truly know each other…the very young men they were, how they felt about everything involved in that war, how they all loved that particular airplane, and the comradeship and respect of the men they are today. I think it is one of the most important things they do…slap each other on the back, catch up on kids and grandkids, and be able to know that the men in these reunions truly KNOW them.”

So while it might be easy to mistake stoicism for a lack of opinion or an absence of emotion, a few minutes in their presence and a good look through the camera, provided a sea change of perspective. 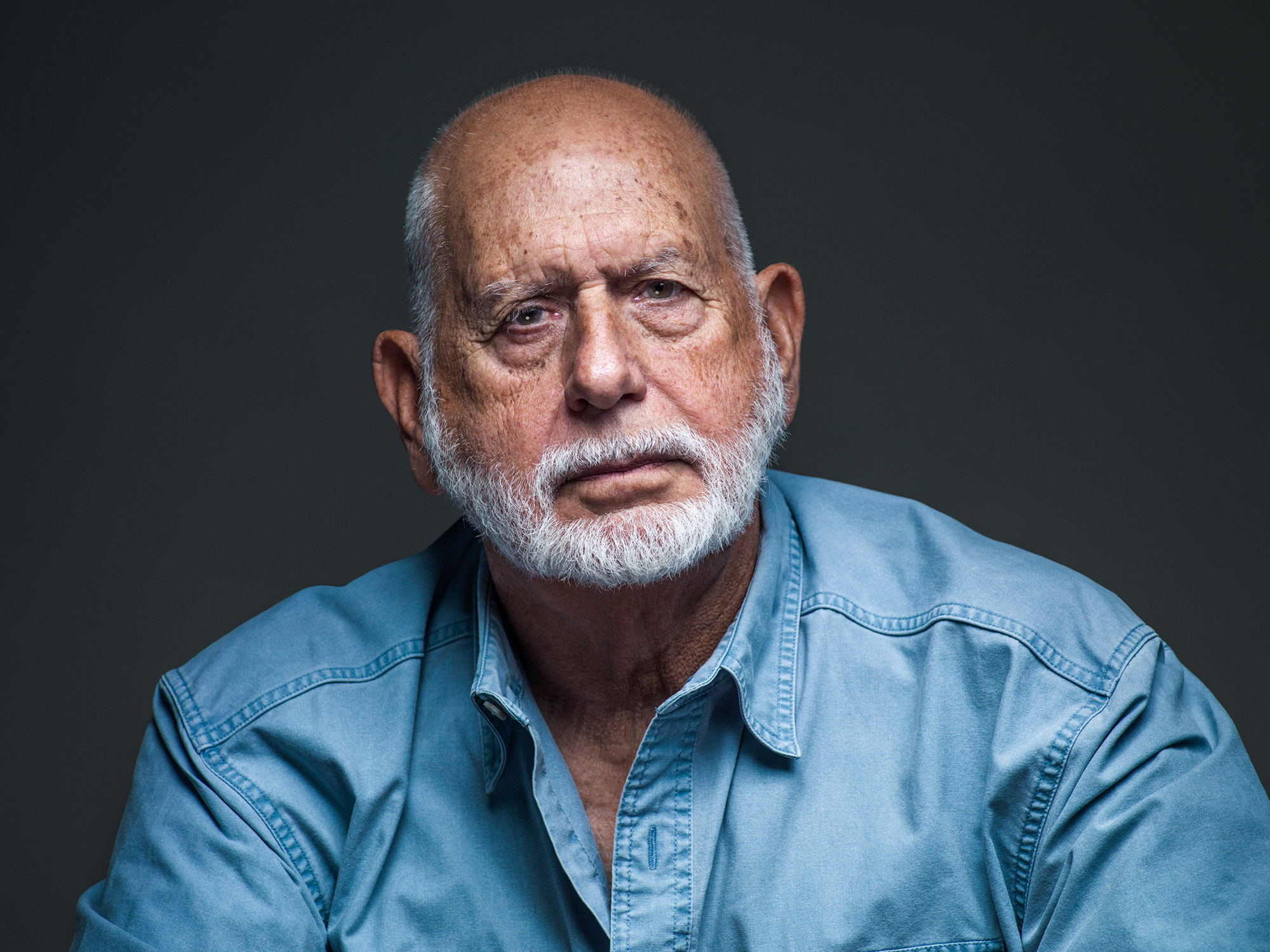 As a photographer, I am comfortable looking for what needs to be communicated in the architecture and life found in faces and places. What I initially saw was a group of men bonded by experiences that only they understand, so much of it a glimpse into the worst of humanity.

Yet it’s as though the solemn reality of what they did, saw and lost, allows them to cherish the good stuff. Observing them and their wives, taking that closer look I could see how valuable that is, where it fits in their stories. 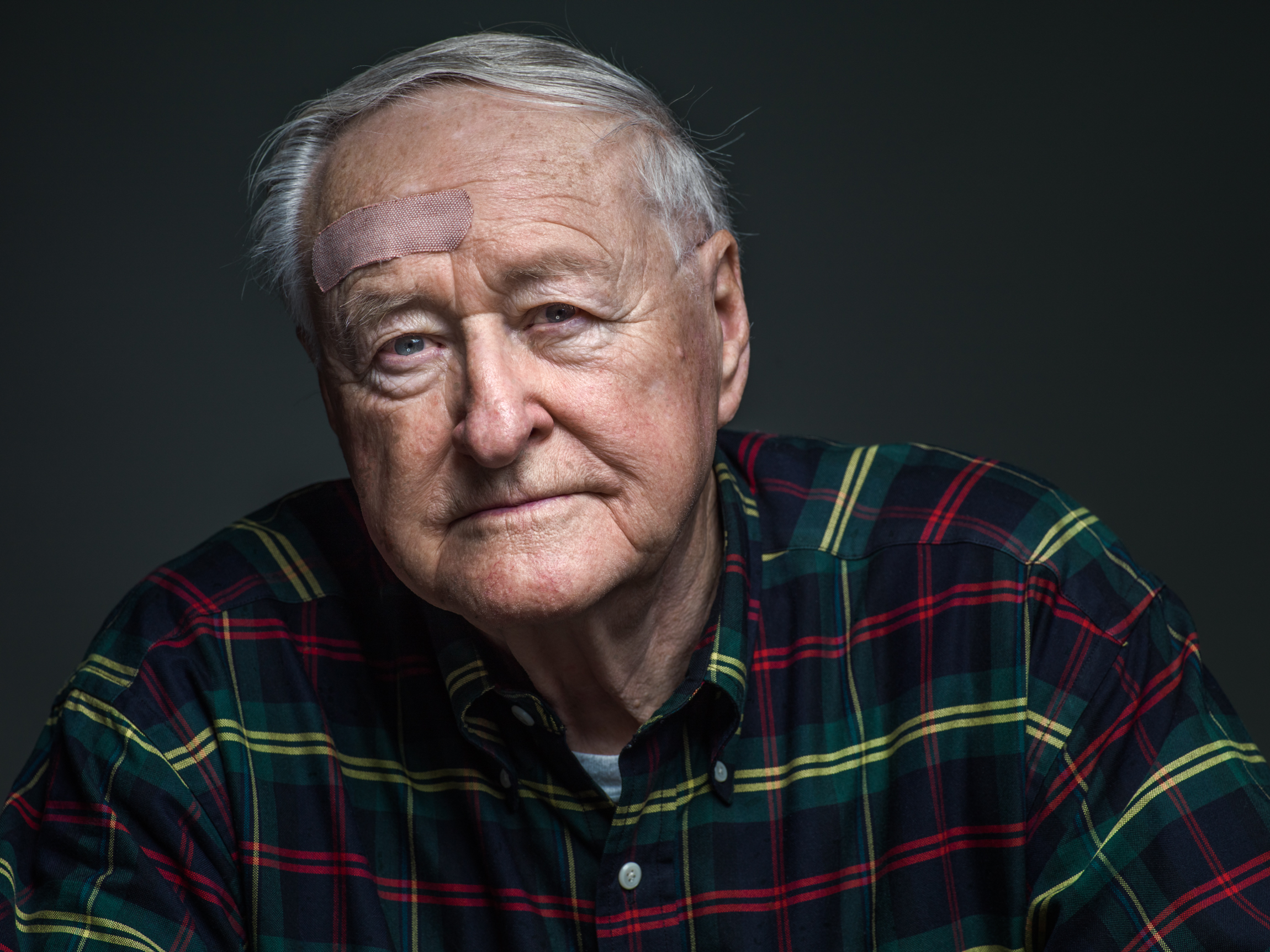 While I have many personal projects under my belt, I can say that Over War has been one of the most in-depth thus far; evolving from what I had envisioned as a series of Air Force pilot portraits to a project that – fifty years later -ultimately gives voice to these men who had a unique vantage point on the Vietnam war – an airborne perspective as they flew over the conflict below.

During this process, we’ve also been fortunate to cross paths with a number of people who are working to ensure that the individual stories and first person accounts of these men who put themselves in harm’s way are being told. Because many of the pilots did not speak about their experiences when they returned; and it seems because few had asked and even fewer were interested, we’ve come to understand that information is difficult to source. These first-person accounts are invaluable.

And while there are not many Thunderchiefs left that can give us a window through which to view and learn from their experiences, we believe it is important that we are careful stewards of their stories, that we do what we can to make sure they are able to speak their truths, to help us and generations to-come, accurately view the war. 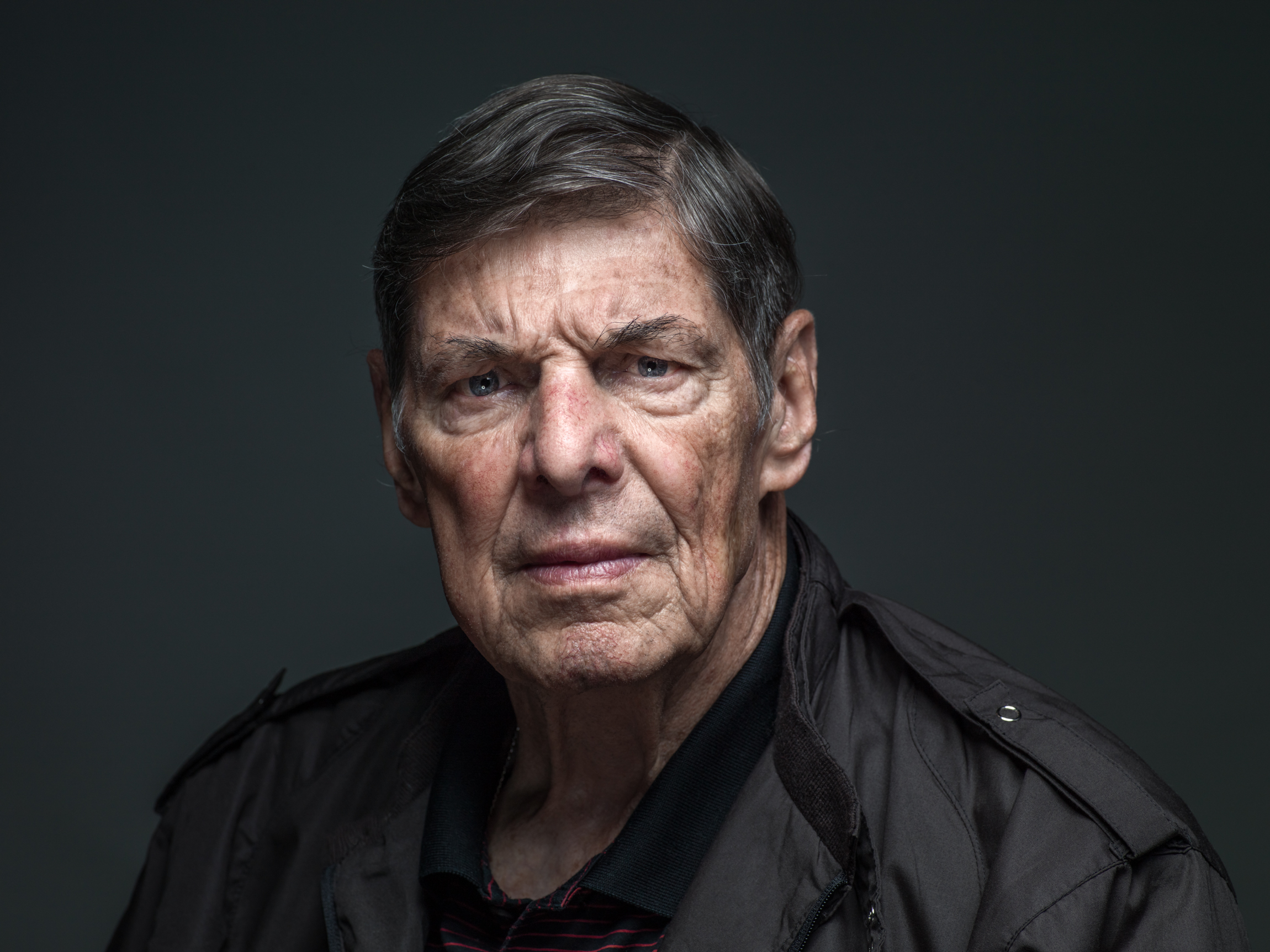 It was an honor – and an extraordinary privilege to be a witness to this gathering, listening to the conversations and banter buzzing through the room. These men are cut from a rare cloth – living links to our collective history. They share obvious love for one another, a direct result of being together with the truest friends, forged of the same realities, culture and mindset.

And my forever thank you (again) to the team that made this all come to life: 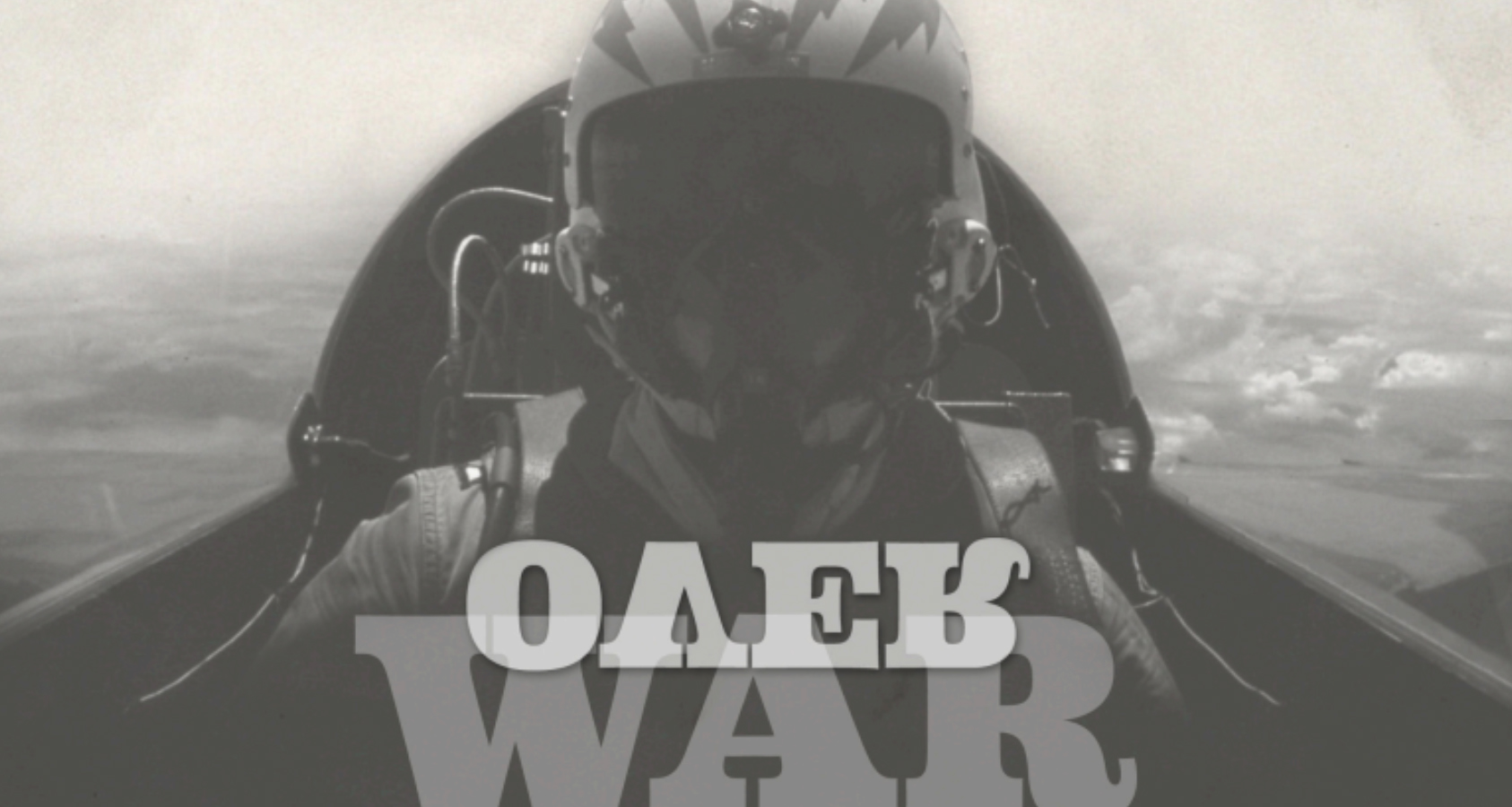