TENSE, DARK AND STRONG FOR THE WASHINGTON NATIONAL OPERA

The John F. Kennedy Center for the Performing Arts in Washington D.C. is a legendary institution, and it is always an honor to work with them and creative director Scott Bushnell. The Washington National Opera imported Stephen Lawless’ production of Donizetti’s “Anna Bolena”.  The performance was deemed a tour de force for the American dramatic soprano, Sondra Radvanovsky, and my marching orders were to create a fitting portrait of Ms. Radvanovsky. No small feat. As Anna Bolena, she was locked up in the Tower of London, so we agreed it needed to be tense, and a bit dark. The focus on her face set off by a shadowy background that hints at the tumult surrounding her. 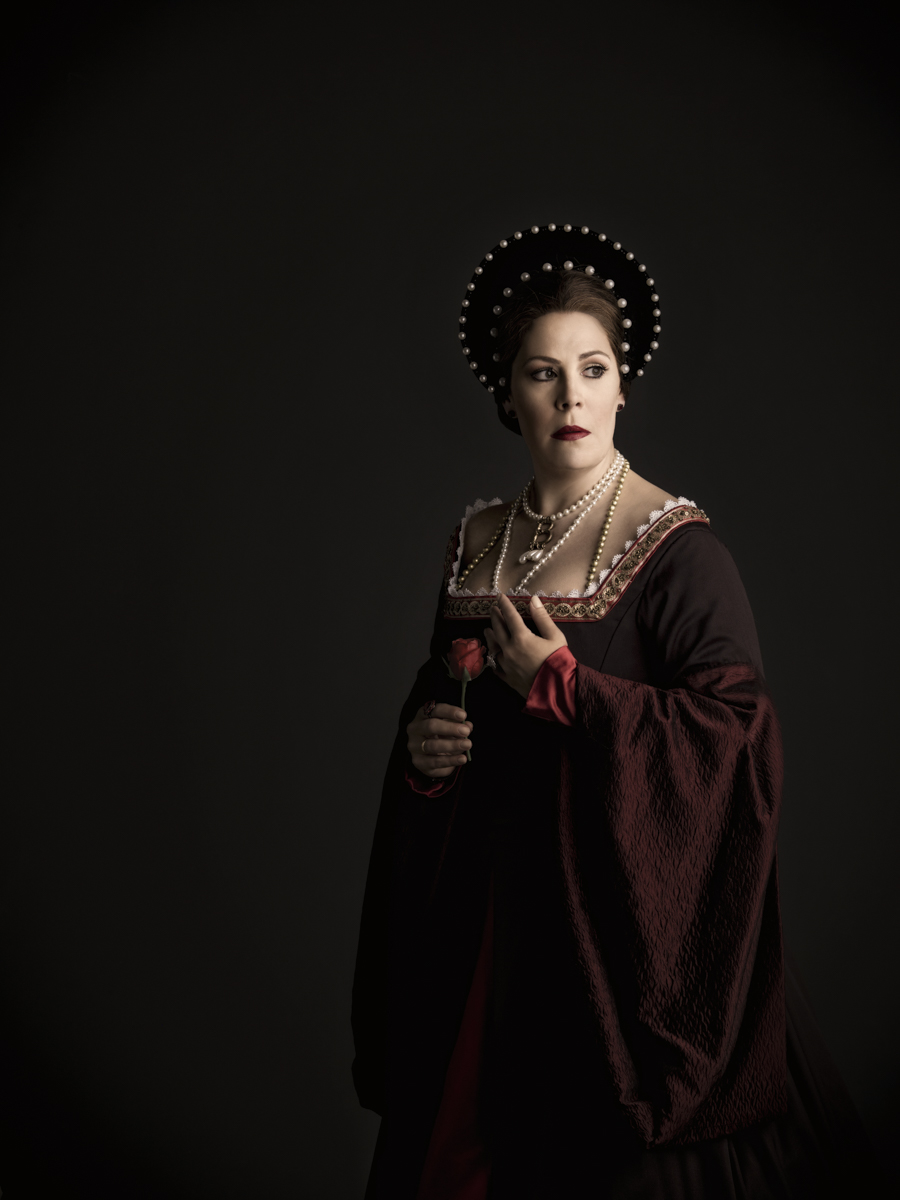