The image, “Supporting the Arts,” is the result of a project with RP3 for Norfolk Southern Railway. Norfolk Southern has been a titan of American industry for over 35 years, with roots in some of the Eastern United State’s first railroad companies. To promote and recognize their support for the performing arts, I had the pleasure of working with the energetic and really fun Jean-Pierre Bovie, Creative Director at RP3. For this dramatic, photo-driven print ad I worked with a ballet dancer to have her shadow create the shape of a horse, which mimics the logo of the railway. With a clean background, the final image is uncluttered and focused like a spotlight. The juxtaposition of art and industry was interesting to conceptualize and capture.

I am honored to share that for our efforts, we were honored that this ad received a Gold award at the annual American Advertising Awards DC, held at The Newseum. This award show is always a great time to catch up with people and to see the cool work – from the funny to the sublime – coming out of the DC scene. Thank you to AAF DC and all of DC’s brilliant ad shops for another year of exceptional advertising. 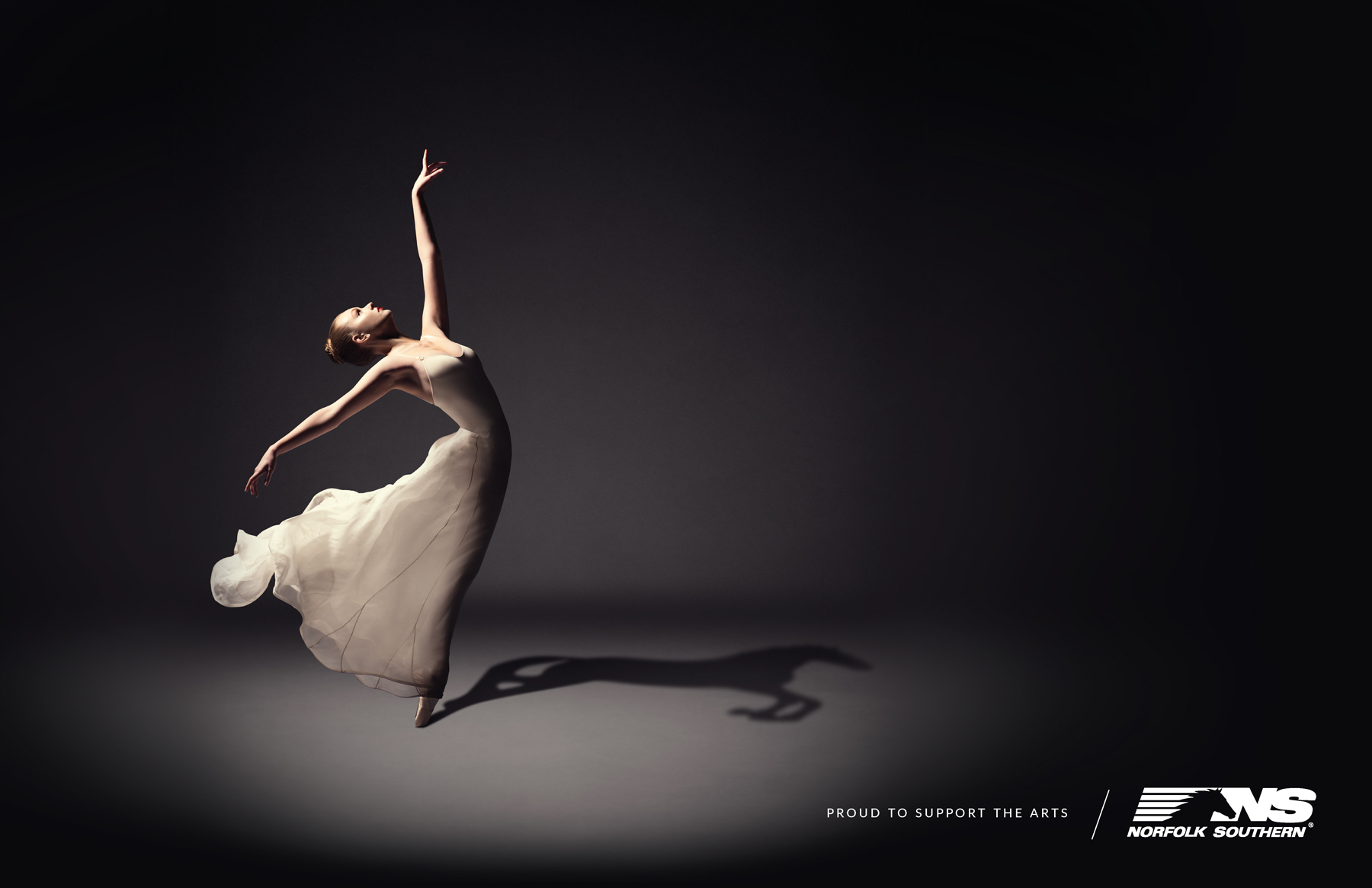