SHRM is probably one of my longest standing clients. And I’ve gotta gush – I love them, I really do. They are incredibly kind and easy to work with, and beyond that, the work we’ve done together is creative and fun. This year’s SHRM18 conference in Chicago is no exception.

The theme for SHRM18, the largest HR conference in the world, features larger than life objects set throughout the host city of Chicago.

SHRM HQ is in Alexandria, VA and each year the conference visits a different city. That’s where I come in. They hire me to go to that city in advance and create the images to draw people to attend their conference in that place. SHRM doesn’t just visit a city – they do a non-hostile takeover. A sense of place is really important to SHRM, and I like that challenge.  I’ve really enjoyed working on these city campaigns, trying to create a different take on often-photographed and well-documented places and landmarks.

I think of this Chicago campaign as a double take project – in that it was almost a snap shot of the Chicago scene that you have seen a zillion times before followed by a double take – is that a giant coffee cup?

While the images are obviously not real, we worked to keep them from veering into looking too clearly imaginary. We wanted to inspire the reaction, “did I just see what I think I saw?” 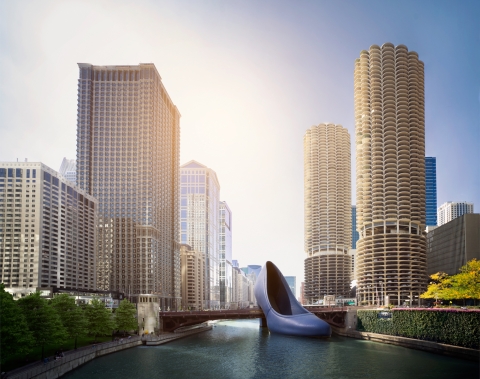 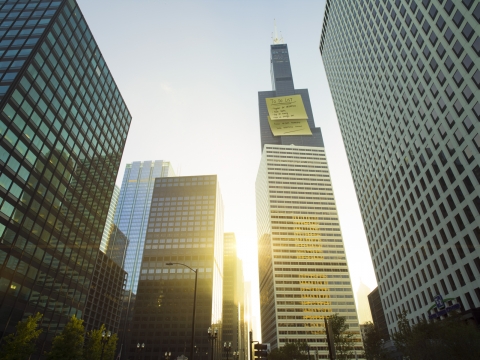 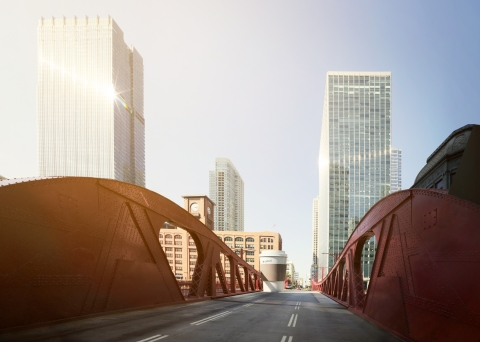