I first heard about 2 wolf-boys in Mexico 20+ years ago. It was a legend, a character that stuck with me and I couldn’t shake them. This past Thanksgiving I ran into Guadalupe Ortega Ramirez, a long time producer friend from Mexico City, and for some reason I asked her about what I had heard all those years ago. Guadalupe knew what I was talking about and, via an article in the UK that I came across, she found one of them, Jesus Fajardo Aceves, on Facebook of all places. We both friended and connected with him there and found out he was in a small traveling circus, Circus Golden Bross, and (as luck would have it) outside of Tulum for a few days. I love Tulum. And the draw to follow – and unpack the truth about – this character that had so captured my imagination was so strong that I packed a bag to find him, on 2 days notice.

Now that I had located him and was on my way to meet him, I began to look closely into his story and transform the tale into the man. The condition Aceves has is hypertrichosis, which is simply an abnormal amount of hair growth over the body. The other “wolf-boy” from the stories of my youth turned out to be his cousin. Hypertrichosis runs in families and Aceves’s two daughters have it as well. As is so often true of how people deal with the unknown, Aceves was bullied and gawked at. He sought a “normal” existence outside the circus and sideshow circuit and in 2005 the BBC did a documentary, It’s Not Easy Being a Wolf Boy” on his efforts to shave and look for employment. Aceves has since returned however to the familiar world of the circus.

On to Tulum. Guadalupe & I traveled, scouted and went to the circus. There I finally met the wolf boy – now a man. And Jesus Faiardo Aceves is one of the nicest guys I’ve met, both gentle and shy. He graciously sat for my photograph which ended up being a tight portrait to show the architecture of his face, his warm eyes and hint of a smile. I also wanted to show detail of the hair as it is, not as our imagination might create when we hear “wolf-boy.” 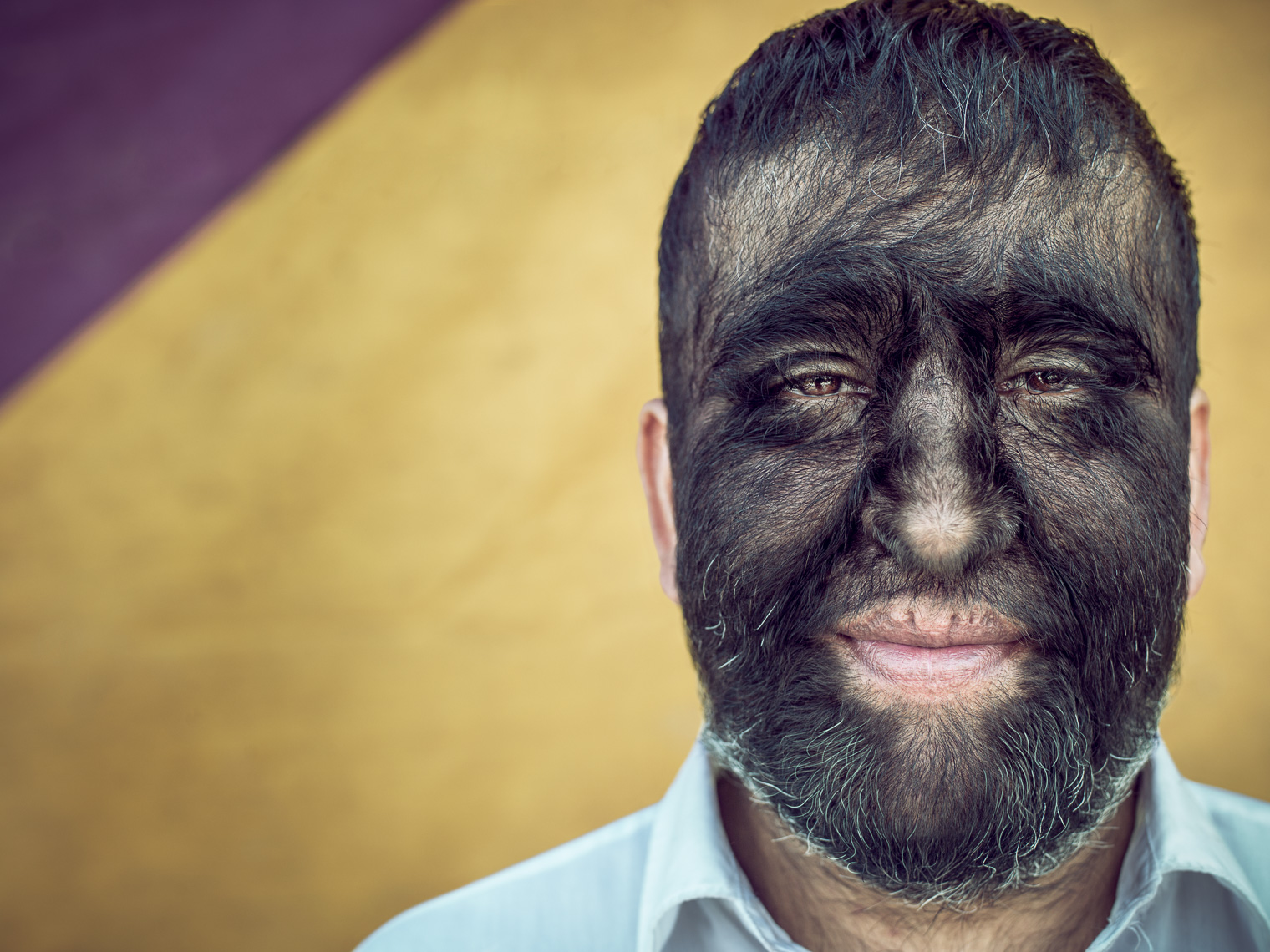 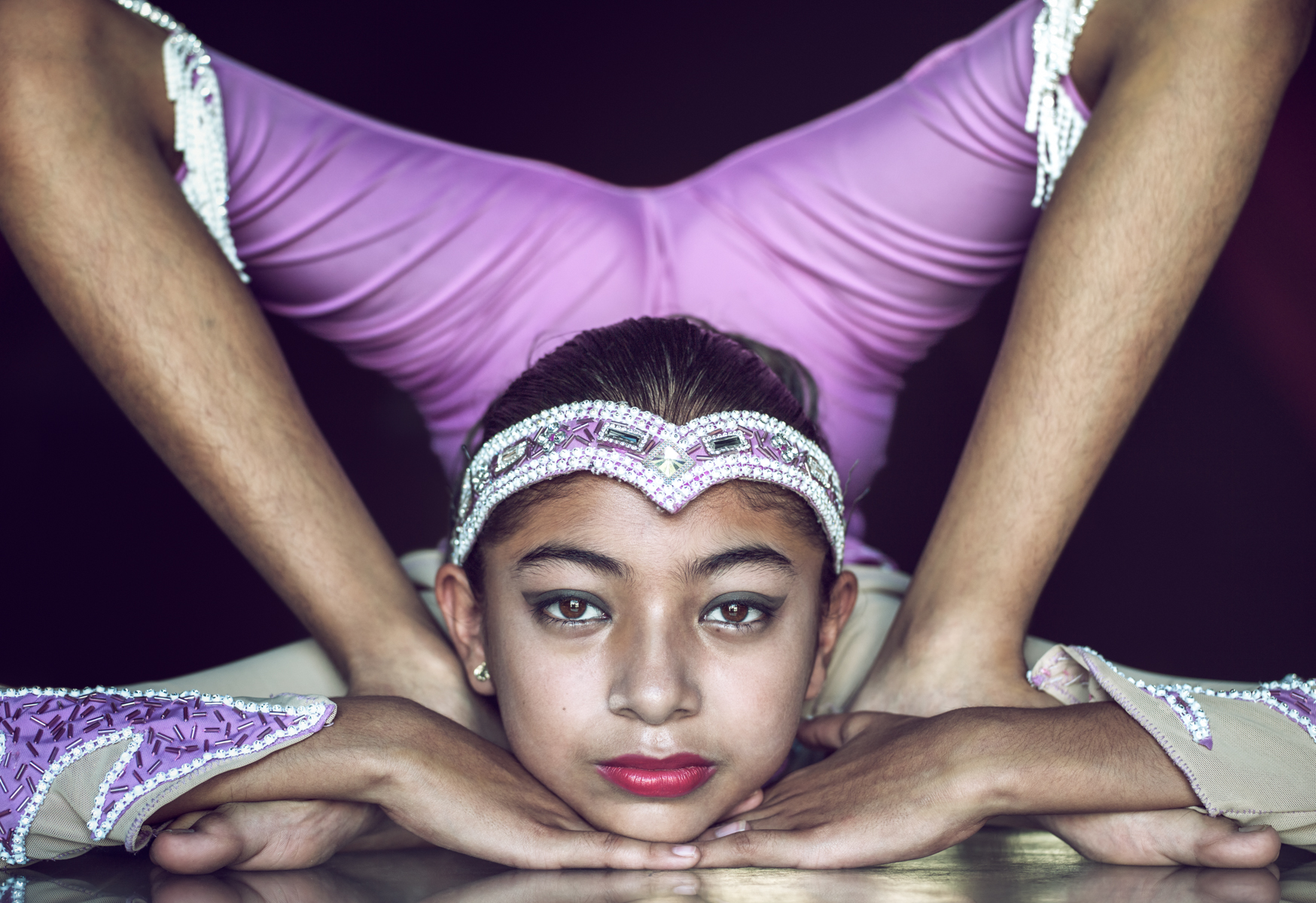 Youthful fascination. To photograph him was like my Scooby Doo mystery, like scratching an itch I’d had since I was a little boy. The legend of the Wolf-Boys had lived in my mind like those of the Loch Ness Monster and Bigfoot. But to make a human connection with the legend was to find character and humanity in the man beyond the stories told late at night by flashlight.

While photographing Aceves at the circus I ended up creating images of a captivating contortionist as well. Who can do that??! All in all, a very inspiring day at the the circus.