Greetings from the Magical Forest

One of the things I loved most about the concept was how it needed to be as much about the environment as it would be about the narrative — an elegant pied-piper in an enchanted forest setting, charming a group of curious characters. This piece brings to life the delightful sound of NY Phil’s 2016 Biennial season, entitled “Let’s Play” by combining a very magical Northern California location with the Phil’s french-hornist, Leelanee Sterrett and an audience of curious carousel-horses.

Sometimes the reality of a project dictates the approach. I generally pride myself on photographing as much as possible in camera. For this project, the client wanted me to keep with that formula and that was my initial plan. I was ready to go and after a few back and forths and with a final green light it was “let’s go find a location and put all of the elements of the image out there.” While this was a doable idea, Ms. Sterrett was leaving for a tour in Europe within the week. So we went ahead and photographed her in a studio in NYC before I went to scout the final location. Not only did I have to find the right location for the creative brief for this project, BUT I now had to find the perfect location that offered the same natural lighting that we had created in the New York studio. Working with producer Catherine Schramm, we found the forest two hours north of San Francisco and then I went to a Scooby-Doo Circus south of LA in Riverside, CA where we photographed carousel horses.

With these moving parts and challenges of time and space, the best way to answer the creative call of this project was to commit to a composite photograph. I worked carefully in each step of the shoot to ensure that every component would be as symbiotic to the whole as possible, the whole then becoming a magical sum of its parts. Aiming to have things line up seamlessly, CG horses were also created with the pros at Luminous Creative Imaging to match all of the pockets of different light that existed in the forest image – some horses are in open shade, others are back lit or side lit from the direct sun.  Once each of the pieces of the image were layered and composed, the color and tones were massaged to radiate the playful feeling of a magical forest. 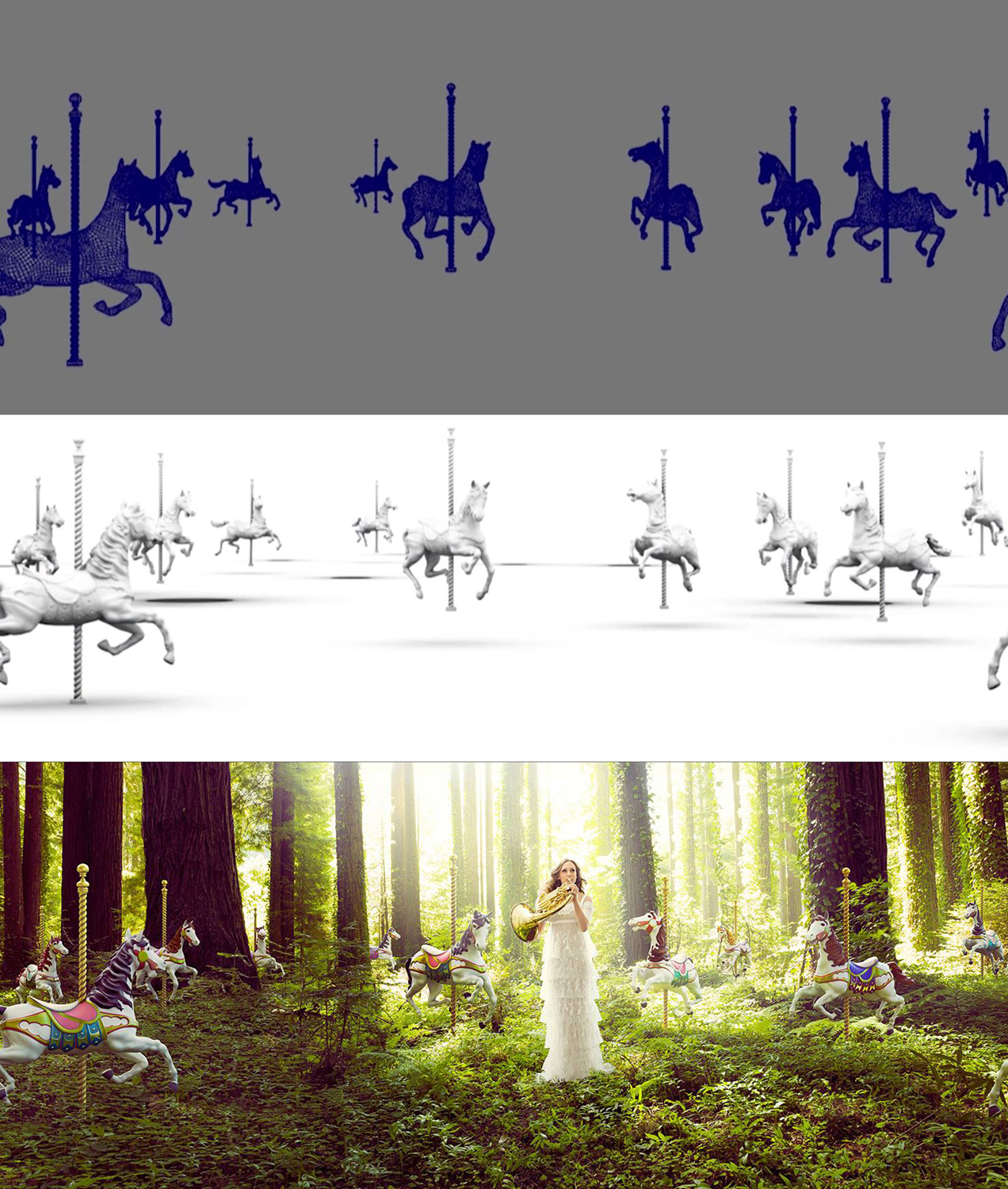 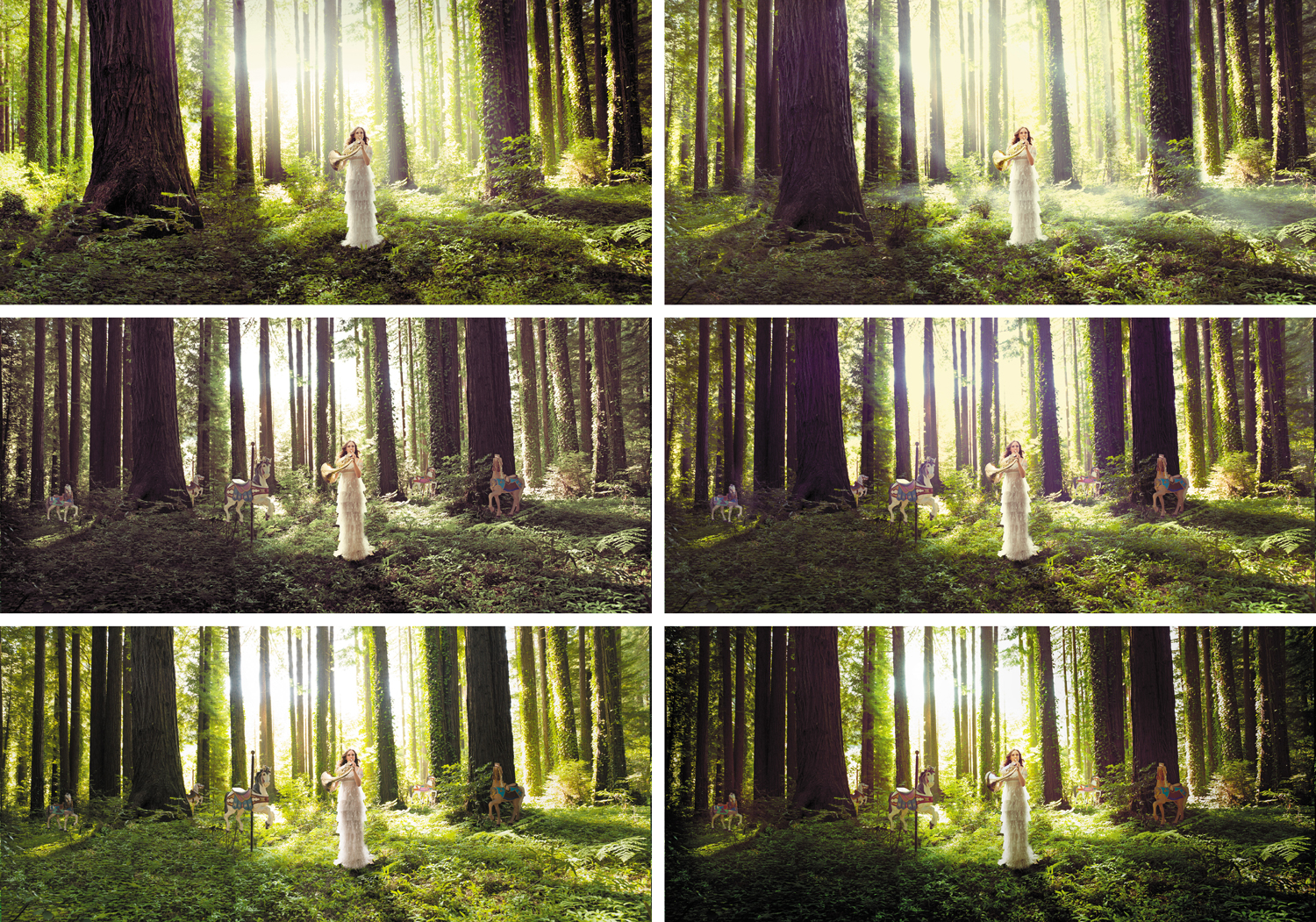 Our making-of is here: