Growing up, basketball was the only thing I was interested in and the Showtime era Los Angeles Lakers were my team. I know competition and sports analogies wander easily into the realm of cliché, but they have resonated and driven me over the years as I’ve worked for myself.

As luck would have it, I was hired to photograph Earvin “Magic” Johnson for a Support for Public Schools campaign for The National School Board Association. Showtime.

We went to his office in Beverly Hills where we preset four different setups so we could move quickly and efficiently so not to waste any of Mr. Johnson’s time.

I rounded the corner and there he was. I froze and was a teenager all over again – what in the world do I say to him, to Magic? Digging deep (sports analogy!) to find the professional photographer in me, and getting through the first image and moving on to the second, I sheepishly asked if I was allowed to ask him any basketball questions.

Me: “Ok, who would be your top five NBA starting line up, by position.”

Magic: “Hmm, let me think about that.”

After the shoot, I wasn’t going to let him off the hook without an answer and asked again who was on his team. He seems to be quite humble and wouldn’t name himself but he listed a pretty good team. I asked if he would like to hear my team and he did.  “Well…I have you at guard.“

Very surreal and it was a wonderful experience to have.

When we wrapped and I said we were all done, he said “no we’re not” and he had everyone on the crew come take an individual photo with him.

Magic Johnson wasn’t just putting on a show on the court. He has lighting bolts shooting out of his eyes and an amazing smile, he seems to be a genuinely nice guy. 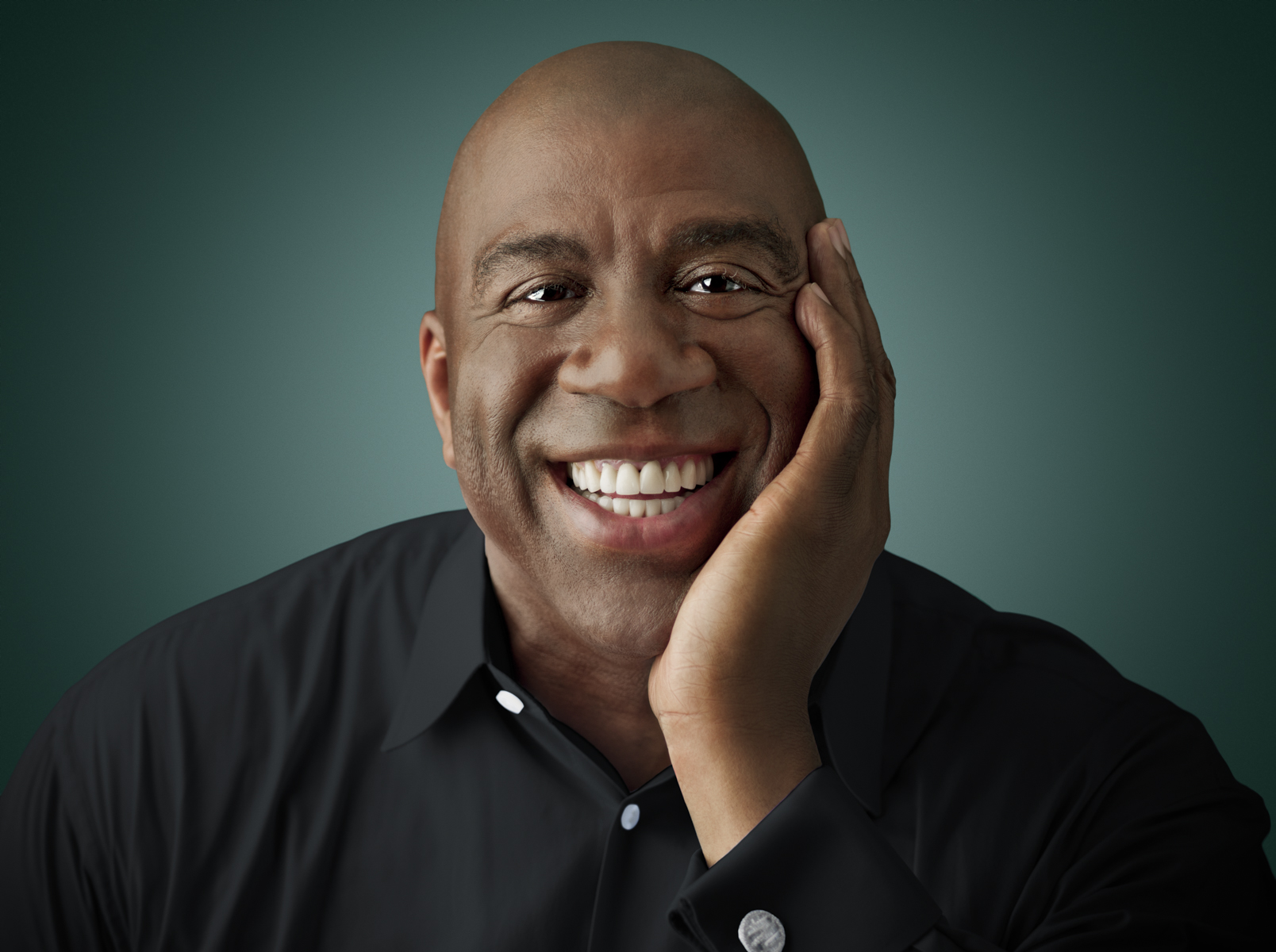