Greetings from the Four Seasons

File this one under the project dictating the process. For this shoot for Stelara, a pharmaceutical campaign, we needed to allow for an on-set curveball. The initial idea was the print campaign was going to play off of and use the same sets as the companion TV production, which had the model moving easily throughout the four seasons. We arrived at the studio in LA the day before TV was supposed to film to see their sets and lighting setup. Everything had been built and we were all under the impression that the sets could be tweaked for print concepts after TV had completed. Once at the studio, we found out that the set elements could not be tweaked or moved at all.  We marinated on all sorts of possible solutions, even the possibility of building entirely new sets just for our print project. That night I went to bed and had the “still lying awake” idea of creating the entire background in CG. I immediately emailed the CG geniuses at Luminous Creative Imaging in Amsterdam who were 9 hours ahead of us in LA.  They were game and available and I got an estimate, which I proposed and submitted to my client the very next morning.

Everything was quickly approved and off we went. We photographed the model in another studio entirely with minimal set design such as grass/snow flooring so the talent was grounded in elements she would be in for the final image. The background and field were created in CG by Luminous Creative Imaging to match the lighting design that we created on set. Color and tonal range were massaged to be beautiful, playful and pleasing as if the subject were out on a afternoon stroll. For the initial surprises, it felt so good to end up with a visually stunning image that rivaled the broadcast version of this campaign, one that ultimately surpassed expectation. 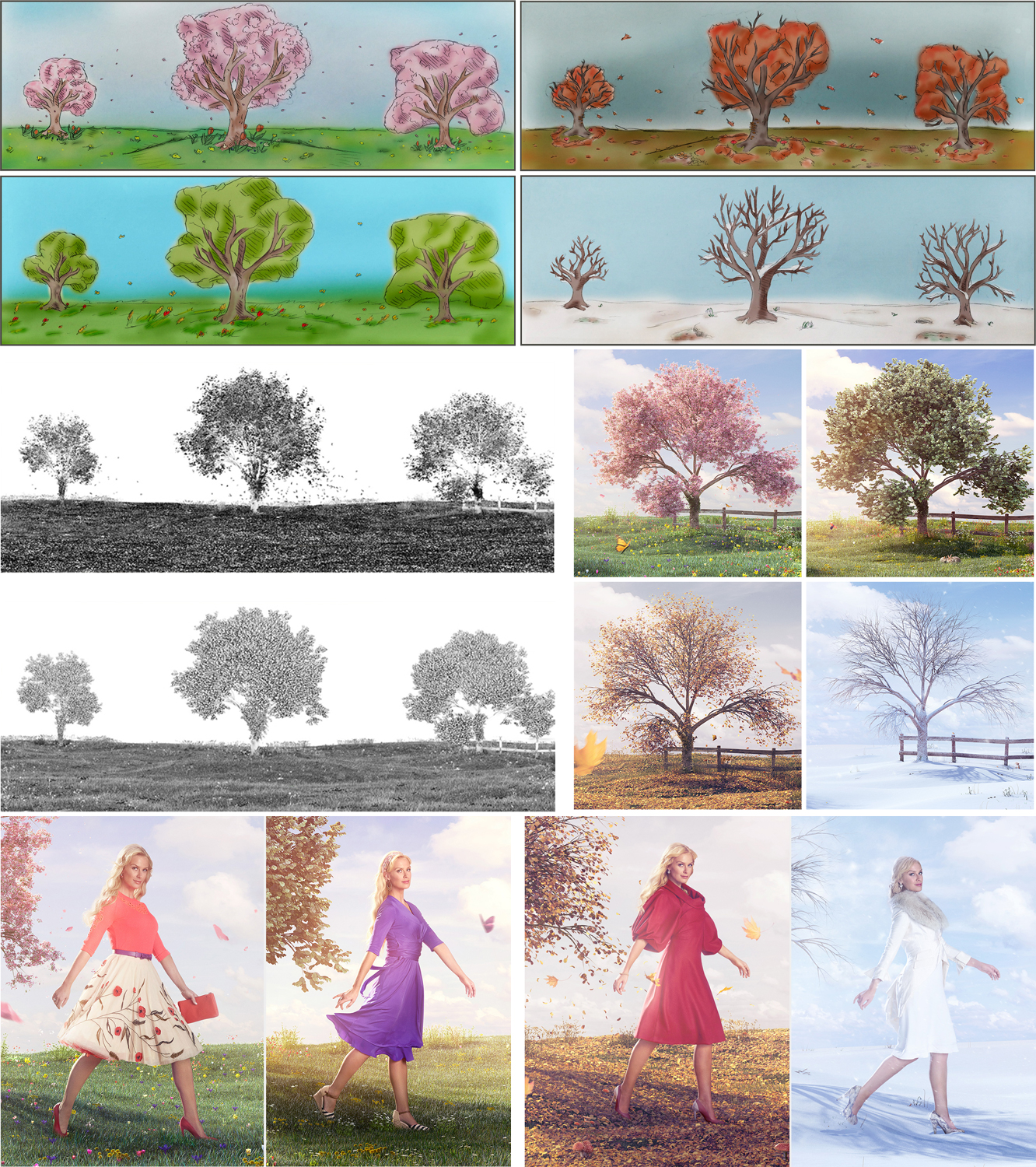