Greetings from a Galaxy Far, Far Away

Deutsch LA, Star Wars, Target. Any one of these names alone would make an attractive project. Put them together, along with a pinch of Disney and a dash of Lucas Films and I can’t be entirely certain I wasn’t dreaming. 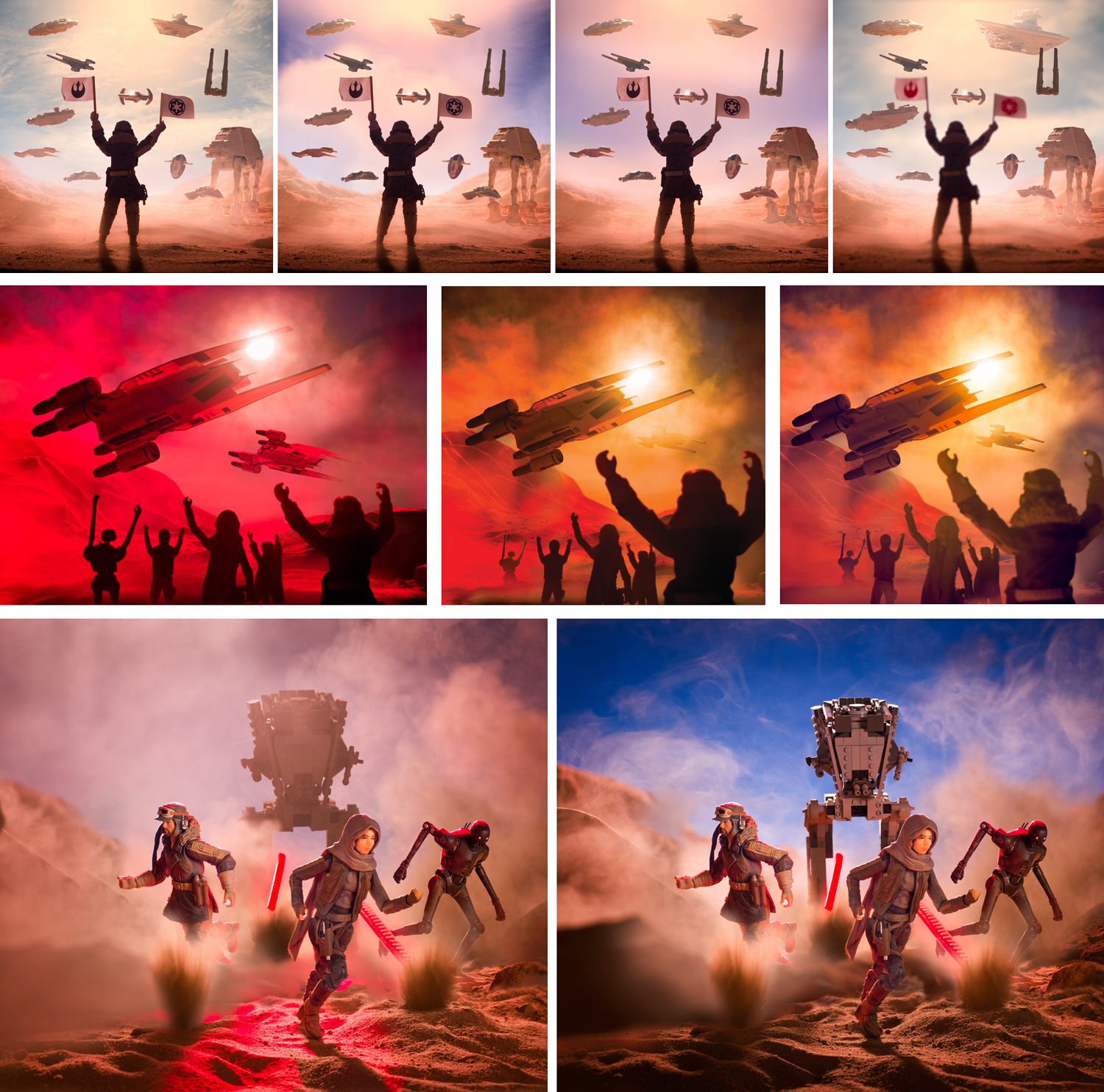 I was completely geeked to be considered for the brief “to photograph the latest Star Wars toys for Target” – toys which would be released for the 2016 holiday season. It was a resounding “yes” for me.

From our first call, it was clear that the agency saw what I had begun to realize – that the movies and comics of my youth have been some of my greatest and most important influences in my life and my picture-making. These were key ingredients in what they sought — a photographer that loved cinema and also harbored an inner-nerd.

There are times when less is more. With a sweeping, cinematic vision for this fantastic project that could have been a candidate for a lot of post-production reworking, I pulled back and went as old school as I could. I approached this series of images almost as an old Ray Harryhausen stop action movie. I wanted all of the elements to be tangibly together, for these toys to inhabit sets that had been built with great care and detail to evoke another world. Continuous lights were used, as were colored gels to shift the color to the worlds of the Star Wars narrative. Special effects were used on set so everything was captured in camera.  In post, working again with Sugar Digital, we simply modified color and tones to play up the drama of the sets and accentuate the pop of Target red. Even when I pour myself into the in-camera construction, precise post is quietly vital to sharpen the product. 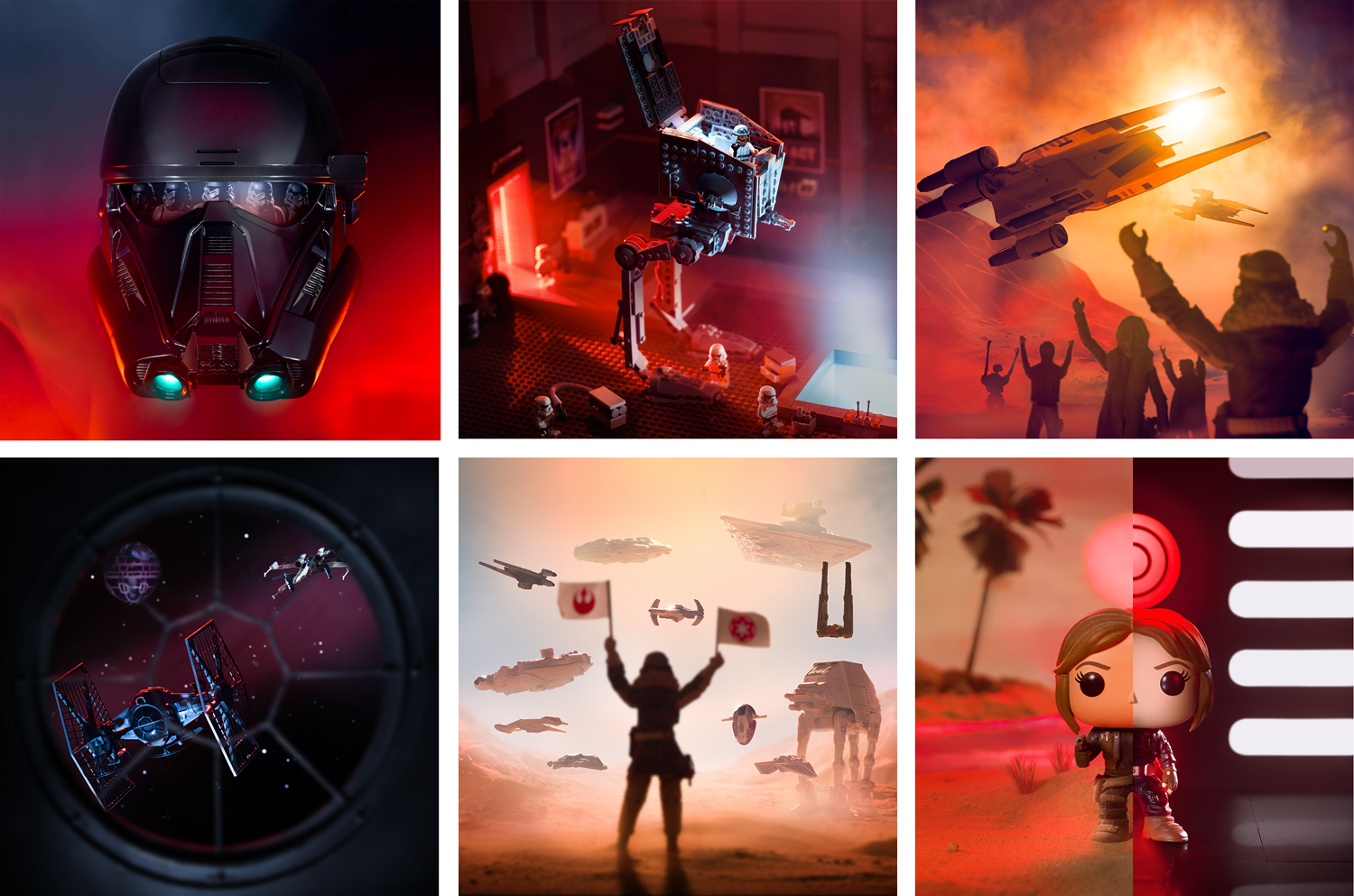