I’ve always had a fondness for the Mississippi-Louisiana corridor, the Delta in particular, where Robert Johnson sold his soul to the Devil at the Crossroads – rich in food, textures, characters and of course, the blues, this region lives in me. It was a place I traveled to during summers as a child with my family and am so fortunate to have made numerous return trips to the Delta to make photographs both personally and for work. The Mississippi Delta has produced more blues musicians than any other region, and it’s really not even close. On one visit to Clarksdale, MS, a local told me about the Riverside Hotel, which I visited and made a portrait of “Rat”, the owner at the time. The unique story of the Riverside and its historic place in the fabric of the Delta are tangible to me in the image.

The Riverside Hotel has been in operation since 1944. The hotel is one of many historical blues sites in Clarksdale and is famed for providing lodging for such blues artists as Sonny Boy Williamson II, Ike Turner and Robert Nighthawk.  At some point in the mid-1940s, Ike Turner moved into the Hotel and wrote and rehearsed his song “Rocket 88.” Turner’s bedroom is said to have been in what is now room #7. 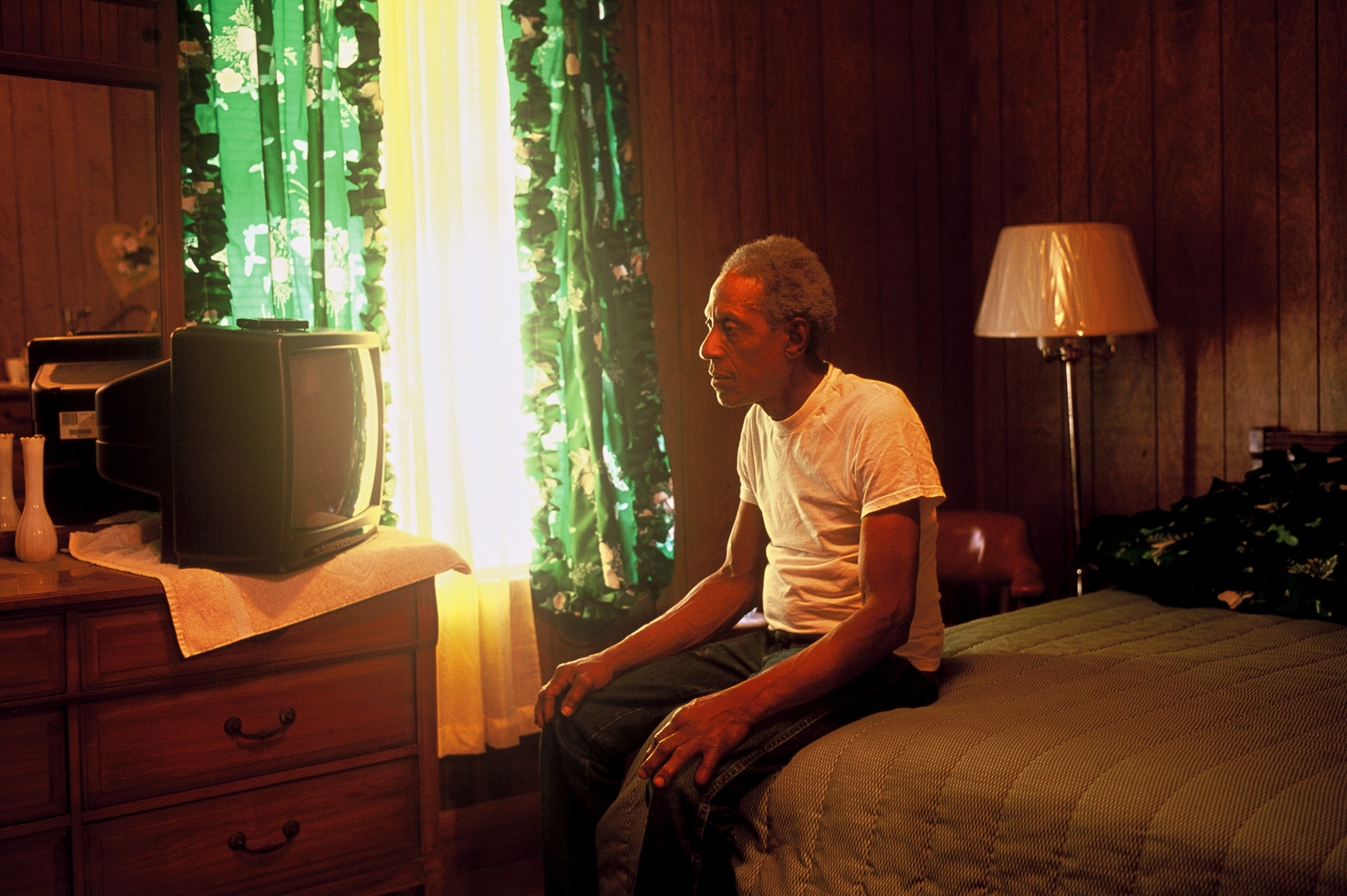 Before being born as the Riverside Hotel, the site was the G. T. Thomas Afro-American Hospital, Clarksdale’s hospital for African American patients. In September of 1937, famed singer Bessie Smith was taken there for treatment after being involved in a car accident, which later proved fatal, outside Clarksdale.

The original structure had eight rooms. In 1943, Mrs. Z.L. Ratliff rented the property from G.T. Thomas for use as a hotel. Ratliff drew up plans that expanded the building to include 21 guest rooms over two floors. Thomas assisted her in this renovation and it opened as a hotel in 1944. Ratliff purchased the building outright from Thomas’s widow in 1957 and it has remained in the hands of the Ratliff family ever since. For much of that time it was run by Frank “Rat” Ratliff.

The portrait of “Rat” itself was very simple. He gave me a tour of the hotel and I asked if I could make his portrait sitting on the edge of the bed in one of the rooms.  He was game and we had nice window light.  The camera was hand held with transparency film and after couple of quick snaps we were on our way.  It was just a quick moment, nothing fancy but I enjoy the image, of a character of the Delta in his element. I was lucky to have had the experience and interaction with him.

“Rat” passed away in 2013, but the Riverside Hotel is still in business,  currently run by his daughter Zelena Ratliff.